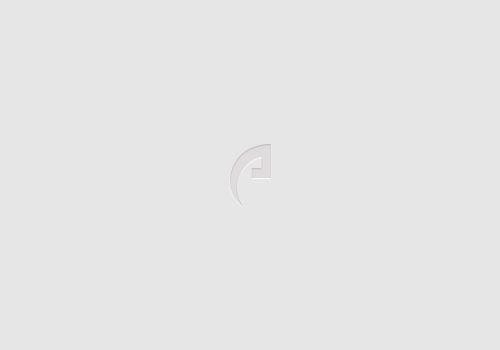 A less intrusive market is required: role of  Acquirente Unico (AU) – the single wholesale buyer for the load of the captive market – to be reviewed

“The spread between the Italian MWh and that of adjacent markets is around 20 €/MWh. This has been the case for years and is unlikely to change in the short term. But this certainly isn’t the fault of deregulation, quite the opposite in fact. Rather, it is to do with the mix of sources chosen. Italy is a country that is powered by gas and we pay for this in our bills”. There is no doubt in the mind of Piero Saulli, chairman of Green Network, a company which, ten years from its launch, has decided to target the domestic market, setting itself some very ambitious goals. “Having focused on major clients and consortiums of industrial associations, we have now decided to move into the retail market, where the competition is not very strong yet and the unit margins are very interesting. The protected categories regime is a vast expanse of 75 billion kWh. There is still plenty for operators to do but there are also excellent opportunities for customers”.

Q. Returning to the comparison with the rest of Europe, Italy has one of highest levels of deregulation yet this fact is not mirrored in our utility bills.  Why not?

A. “It is true that there is a constant spread with the rest of Europe but as I said before this isn’t because of the opening up of the markets which, on the contrary, is having very positive effects. One of these is the creation of more active demand. Competition can bring about a saving of a few Euro/MWh, as we have seen in the last 2-3 years, but this saving is not transferred to consumers because of the A3 component which together with other charges has now reached 50 Euro/MWh. There is a lot of debate over this issue at the moment but I can’t see any real solution and I doubt that the Energy Authority will manage to deflect these charges onto the general tax system”.

Q. Is a greater level of deregulation a possibility?

A. “First and foremost I think we need to review the role of Acquirente Unico which, in our opinion, has a distortive effect on the market and strongly influences supply because it is as if it were a wholesaler of 75 billion kWh. The domestic market is ready to consider multiple offers and choose the best option, this is what I meant when I spoke about the growth of active demand. A regulated rate that doesn’t enable you to perceive the differences doesn’t make sense anymore. AU should switch from a guarantor of last resort to playing a supporting role. This would create a much less intrusive market that is more open to suppliers. I am not talking about unrestrained deregulation, market regulations will have to be established to enable operators to divide up this 75 billion kWh in terms of both acquisitions and sales. The majority of the margin we can offer today is transformed into a cost that we have to incur to reach the domestic market through sales structures while the greater opening of the market would enable us to transfer this margin to the end customer.  At the same time the AU is quite unique in Europe. It was the French that initially proposed the idea, but they never applied it”.

Q. So we’ve dealt with electricity, but what about gas?

A. “The gas market is behind the electricity market and is more complicated because it has numerous local operators. The recent measures of the Authority, however, have resulted in the fall of the price of the raw material which is already being seen by major clients and will soon be seen in the domestic sector. In fact, for business end customers we have gone from around 32 Eurocents/m3 to 29 Eurocents/m3: a reduction of 3 Eurocents/m3 in a year is an excellent goal that is bringing us into line with the European market (TTF). It is no coincidence that all of the major importers are renegotiating ToP contracts because the market price is now lower than that linked to oil prices”.

Q. Some people say the real competitive edge is to be found in ‘post-meter’ services. What do you think?

A. “I think it is easy to say but very difficult to put into practice in the domestic market. It is easier with major clients; we have developed production opportunities from both photovoltaic and cogeneration plants, and specific energy efficiency projects that have generated several hundreds of thousands of white certificates that the client has then been able to exploit on the market. We are trying to bring this ‘culture’ to the associations but it is a particularly tricky operation. As such I think it will be a long time before this becomes a real business opportunity for operators”.