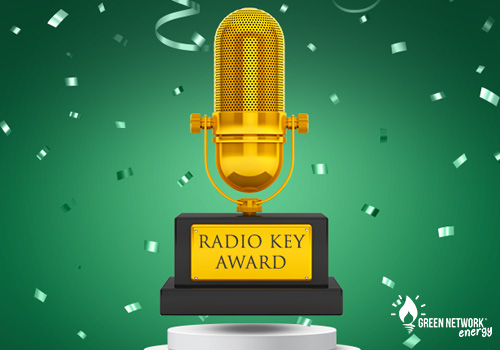 The jury of the 48th Key Award & 3rd Radio Key Award, following the examination of the radio adverts entered in the contest, has assigned the Radio Key Award to Green Network Energy for its “Sparambio” spot, under the Transport and Energy category.

Founded in 2003, Green Network Energy is a power and gas supplier. The company has reached a consolidated market position through a very high degree of customer retention. Green Network Group is amongst the leading suppliers of energy on Italy’s open energy market. In 2012, the company inaugurated its London branch for international trading, which oversees ten European countries. Green Network Energy has recently become a power and gas supplier also in the United Kingdom, thereby becoming the first Italian enterprise in the British energy market. Set up in 1988, the Key Award has increasingly become renowned as the most complete Italian accolade exclusively dedicated to advertising communication, therein triggering the development and success of ‘made in Italy’ in the field of commercials. Moreover, the prize also mirrors new advertising forms with a category dedicated to product placement; it also enhances the specific skills revolving around a spot. Radio Key Award has now entered its third year of life; it focuses on radio advertising. The jury comprises newspaper editors, journalists from authoritative monthlies and dailies with a nation-wide circulation, university professors specialised in communication, Presidents of trade associations, creative directors, film directors and important operators from the field. The gala evening was held in Milan on Monday 28th November at 1830 hours, at Elfo Puccini Theatre, Corso Buenos Aires 33. The event was attended by important personalities from the world of communication, economy and show business.