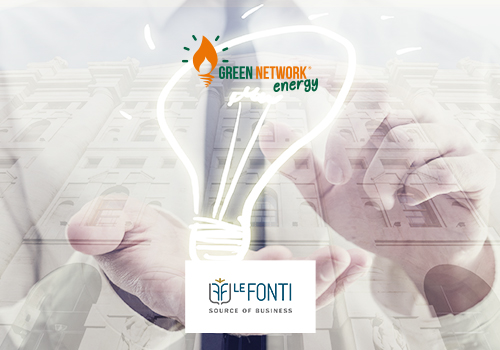 Green Network Energy has received the “Le Fonti” award for “Excellence of the Year – Innovation & Leadership – Independent Electricity”. The 7th Le Fonti Awards ceremony took place on March 24, 2017 at Palazzo Mezzanotte, the Italian stock exchange building in Milan. The award was assigned to Green Network Energy “For representing excellence in Italy as a leader on the independent energy market since 2003. Specifically, for the company’s emphasis on ongoing innovation as energy partner of major industrial customers and a dependable intermediary between them and the country’s energy producers. For its commitment to correct, transparent behaviour towards consumers, generating added value through quality processes and solutions cutting across market standards”.

The award winner was selected by the Le Fonti Study Centre and the Institute of Science and Culture, partly on the basis of information received from the editors of the group’s magazines and newspapers: World Excellence monthly magazine, Legal monthly magazine edited by Angela Maria Scullica, and the daily newspaper Finanza & Diritto. The selection also took into account a survey of more than 40,000 qualified contacts in the business and professional world.

Green Network Energy General Director Giovanni Barberis commented: “We are happy to be granted this prestigious award for the best and most innovative enterprises in the country. The award confirms and strengthens Green Network Energy’s commitment to increasing transparency, cutting costs and innovating for its customers and consumers”.