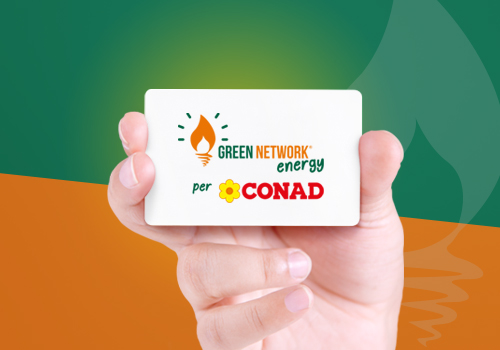 In an interview with Quotidiano Energia, Giovanni Barberis, General Director of Green Network, reveals ambitious plans for the future of the company.

Highlights of the plans include the development of new ‘cross selling’ channels to move away from agency and call centres; continued development of the UK business; potential acquisitions and forecast net profits for 2016 of € 5­6 million.

Green Network has already geared up for the consolidation of the downstream energy market, particularly in view of the termination of the consumer higher safeguard mechanism commencing mid-2018.

Giovanni Barberis  believes: “The removal of the safeguard mechanism and the consolidation which we expect over the next two years,”, drives us to focus on a stable and loyal client base, and to exit from the ‘aggressive’ approach of call centres (including those abroad) and even of agencies, which will always have a role, but with higher attention to ethics”.  All this to overcome “the distrust generated in the sector”.

The barb is obviously pointed to the various investigations opened by the   Antitrust authority regarding wrongful commercial practices often resulting in fines for operators,  including Green Network.  “However, almost all operators were involved,” says Barberis, “and actually we weren’t even amongst those most impacted”.

Green Network has already started to identify sales channels as an alternative to call centres and “unscrupulous” agencies, which undermine consumer trust towards salespeople.

The recent agreement with Conad, is an early example of thinking differently and will be fully operational in mid-January 2017. The deal will offer potential clients a dual fuel tariff which is “stable over time and extremely transparent”, with a price equal or lower than the average of the five best offers available on the Authority’s website Trova Offerte, comparable via a ‘tariff simulator”.

“We contacted several possible partners and then chose Conad, whom we have awarded an exclusive deal for the mass distribution segment,” Barberis points out, “but we have not excluded the possibility of similar agreements in other sectors”.

What results does Green Network expect from the agreement? Given that Conad has 8.3 million clients in 3,088 sales points, “our conservative estimate is to capture 10% in a couple of years, i.e. 800,000 clients, around 500,000 within the first 12 months”, says Barberis.  Currently the company has 300,000 clients in Italy.  Considering that the average spend on electricity and gas is €1,500 per year, the additional revenues are expected to be over € 1 billion”.

The company is also looking at acquisitions, to be made without affecting leverage, therefore without weighing on debt. “We are looking at some targets with 50-70 thousand clients, even smaller municipal utilities, and we expect to close some acquisitions prior to leaving the safeguard mechanism”.

The group expects to increase its client base through the similar safeguard mechanism which rolls out on January 1 (“We have already been admitted”, adds Barberis). Not forgetting the continuation of the growth strategy in the U.K.: “Through the digital channel alone, over a couple of weeks, we have already acquired some thousands of clients, many of them English”, he enthuses, “We are targeting to grow at a rate of a hundred thousand clients per annum over the next three years”.

Meanwhile, 2016 already stands out for its improvement in financials: “We have completed the clean-up of our balance sheet”, signs off Barberis, “and we expect to close the year in line with our budget at € 800 million revenues, € 35-40 million operating profits and € 5-6 million net profit (compared to € 1.34 million, editor’s note).”