Britain Is About to Become More Dependent on Foreign Gas 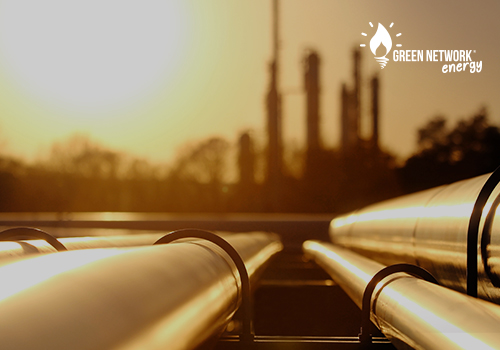 Centrica Plc’s plan to permanently close its loss-making gas storage site in the U.K. will boost the utility’s earnings but make the nation more dependent on foreign supplies.

The Rough facility off northeast England has operated at reduced rates for more than a year, plagued by technical problems after operating for over three decades, and would be too expensive to repair, Centrica said Tuesday. The shutdown makes sense and could boost the Windsor, England-based company’s earnings by 2.5 pence a share, according to Macquarie Group Ltd.

“This thing has been bleeding cash, money and earnings,” Dominic Nash, head of European utilities research at Macquarie in London, said by email. Liquefied natural gas will help replace the lost storage volumes “if the LNG is available,” he said.

While the U.K. has become increasingly dependent on foreign suppliers from Norway to Qatar as its domestic gas fields run dry, the closing of Rough reduces the buffer against price moves in the peak winter season. The need for more fuel will likely intensify competition for LNG, leading to the kind of uncertainty seen earlier this month when prices jumped after two ships carrying gas from Qatar veered away from the most direct route to the U.K.

Rough contains approximately 183 billion cubic feet (5.2 billion cubic meters) of so-called cushion gas that’s in the underground site now, almost 7 percent of the country’s 2016 consumption, which put pressure on prices for next winter and summer. It will take several years to produce once the government permits Centrica to do so, and getting the approval will take “months,” a spokesman said by email.

There’s still a slim chance the government could support keeping part of Rough open to boost security of supply, according to Nash. Storage withdrawals supplied 10 percent of the U.K.’s gas in the winter of 2014 to 2015, with Rough accounting for about 70 percent of that.

In previous years, the government balked at the idea of closing Rough, because it smooths out seasonal price swings between summer and winter. With additional LNG coming from the U.S. and Australia, among other increases in supply, the nation’s energy security is not at risk even if Rough closes, the U.K.’s Department for Business, Energy and Industrial Strategy said by email earlier this year.

In the longer term, the shutdown will likely boost winter prices and create wider seasonal swings in wholesale energy costs, according to Pierluigi Frison, a gas trader at Green Network UK Plc in London.

“For the U.K. this means competing with Asia for winter gas cargoes,” he said. “It is clear that the U.K.’s dependency on LNG will increase.”

It’s also likely to boost gas prices in the U.K. versus those in mainland Europe and will mean less fuel is traded at Britain’s National Balancing Point hub, which has been losing ground to the Title Transfer Facility in the Netherlands, according to Thierry Bros, a senior research fellow at the Oxford Institute for Energy Studies.

“With Brexit negotiations just starting and the unknowns on EU-U.K. interconnector regulations and now the Rough storage to cease operations, the NBP premium should increase versus TTF, particularly in winter,” Bros said in an email. “And NBP volatility could increase compared to the TTF. It should benefit independent trading houses.”

Centrica discovered that some of its wells were deteriorating due to age in 2016, leading to a temporarily halt of injections to the facility. Withdrawals were made in winter, but injections to restock the site haven’t been available this summer.

There Are Big Problems With U.K.’s Biggest Natural Gas Store

The site’s owner recorded a 57 million-pound ($72 million) loss in 2016 on storage. Traders estimated in March Rough would cost the the company at least another 100 million pounds, including decommissioning.