A million Euro to benefit the reconstruction of Central Italy, with special guest Colin Firth 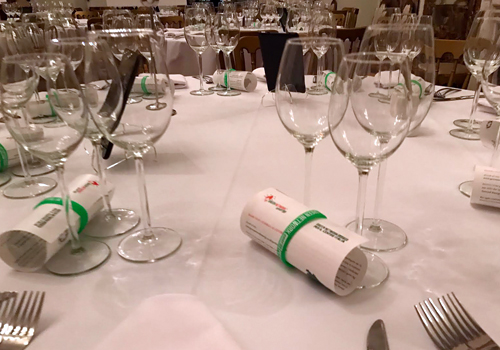 Ambassador and Mrs. Terracciano hosted the event, concluding the fundraising campaign in the UK.

The charity gala at the London residence of Italian Ambassador Pasquale Terracciano’s ends an intense fund-raising activity to benefit the reconstruction of the most affected areas hit by the earthquakes of the past months. The fundraising successfully exceeded the milestone of one million Euro.

Guests of honor included the actor Colin Firth and his wife Livia, both very close to the areas affected by the earthquakes. Giovanni Guidi, a pianist of the Umbria Jazz Festival, opened the event with a short concert to represent the many talents of the territory and of central Italy.

The most significant contributions to the fund-raising came from the British Red Cross – chaired by Queen Elizabeth, who wanted to personally contribute – as well as several senior executives of the investment bank Goldman Sachs.

Dinner was prepared by the Italian chef Danilo Cortellini, a finalist of the TV Show Masterchef Professionals UK in 2015.